Pullip is a collectible fashion doll created by Cheonsang Cheonha of South Korea in 2003. Pullip has an oversized head on a jointed plastic body, with eyes that can change positions and wink.

Pullip was first marketed by Jun Planning of Japan, however since early 2009, it has been marketed by Groove of Korea. The name "Pullip" (풀잎) means 'blade of grass/leaf' in Korean.

Pullip dolls are often customized. Later releases have wigs that can be replaced and the eye color can easily be changed, however the customisation is limited overall as there is not a great deal of ways you can customised each doll due to lack of varying parts. Each doll is usually based on the same body and face with the colouration/print switched out, so Miku has the same facial mould as Luka, as the dolls. This is different to other dolls lines, for example the Dollfie Dream tie-in gave a unique facial mould for every Vocaloid character they based a doll on. The advantage that this does present, however is unlike the Dollfie Dolls, it is much more easier to switch clothes of other Dolls within the same line.

Pullip has done several collaborations with Crypton Future Media, Inc., and a number of dolls are based on Vocaloids. The following page covers these Dolls.

Pullip (푸리프) is the main doll line of the company, she is based on older teens/young adults. 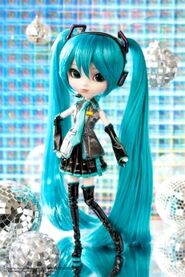 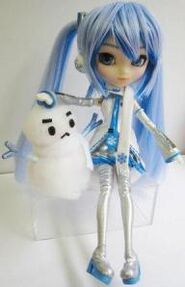 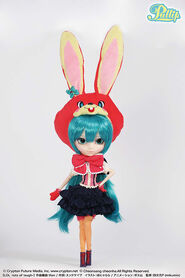 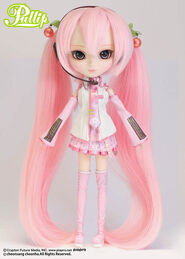 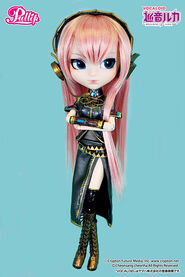 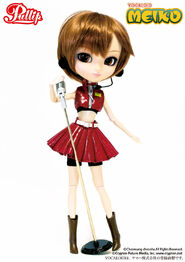 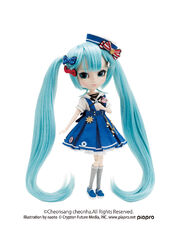 [4]
Add a photo to this gallery

Dal (별) dolls are based young teenagers or tween characters and are slightly shorter then Pullip dolls with round features. 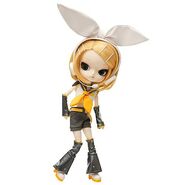 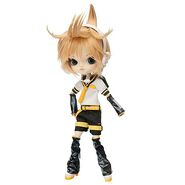 Pullip Doll Kagamine Len[1]
Add a photo to this gallery

Taeyang (태양) He is a male model based on a young adult or late teen. 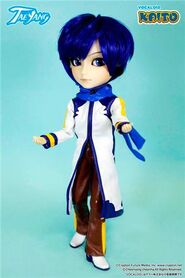 Kaito Pullip Doll (base; Taeyang)
Add a photo to this gallery

The Little+ (리틀시리즈) line are smaller versions of other doll lines. 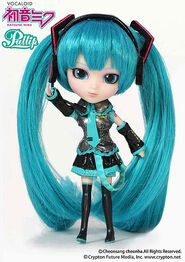 Hatsune Miku Pullip Doll (base; Little Pullip)
Add a photo to this gallery

Retrieved from "https://vocaloid.fandom.com/wiki/Pullip?oldid=883118"
Community content is available under CC-BY-SA unless otherwise noted.