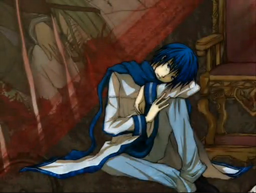 The Record of A Singing Doll Series is a series consisting of six songs composed by Seiji. The songs are each sung and narrated by KAITO and/or KAIKO, each telling a story in several characters' POV.

Retrieved from "https://vocaloid.fandom.com/wiki/Record_of_A_Singing_Doll_Series?oldid=721679"
Community content is available under CC-BY-SA unless otherwise noted.