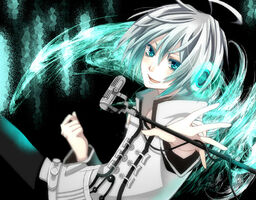 "remember" is Kannakuzu's fifth work and first work with Utatane Piko. The singer reminisces about a former love and the memories he shared with them. He wavers between whether or not he should tell them about his feelings for them before deciding that their goodbye was for the best.

Retrieved from "https://vocaloid.fandom.com/wiki/Remember?oldid=1098473"
Community content is available under CC-BY-SA unless otherwise noted.