VFS-01R Ring Suzune (リング・スズネ) was a potential VOCALOID announced for the VOCALOID3 engine during its pre-release promotions and was announced alongside Hibiki Lui. Though a demo of her voice was made, all activity from Vocaloid Next has ceased and both she and Lui are currently presumed cancelled.

Her voice is provided by MiKA of the band Daisy x Daisy and she was intended to be a "Character Voice" type VOCALOID.

The idea of Ring and Lui was to improve the VOCALOID culture by bridging the gap between fan concept and official products. Therefore, both were intended to be fan made designs for original VOCALOIDs that became official ones. She was described as "Light-hearted, doesn't have high aspirations, but is hard-working."

Like the Kagamines, she and Lui are based on "R and L". "R" and "L" mean "Right and Left" and are the letters found on a set of headphones and sometimes other equipment such as speakers.

Her official name is in the western order. Her original name in the contest was called "Ring Suzunone" (鈴音リング / Suzunone Ringu; "Bell-Sound Ring").

She has a "Ring" gimmick, hence her name, and in the original artwork she had rings all over her body. Ring's outfit is based on a nun's habit. The design of her headset is based on a piano. It is also meant to be reminder of a memory plug.

In 2011 the "Everyone's Vocaloid Project"; みんなのボカロ計画 (Minna no Bokaro Keikaku) contest was held. Entries from both within Japan and overseas were allowed. In late May 2011 the winning contestants were picked out of the thousands of entries. Ring's was one of two designs selected, which were announced at VOCALOID Festa 02.

The winning image was then refined by a professional artist. Since she was originally expected as one of the VOCALOID3 early releases, she is featured in a number of the merchandise released for the engine. One of these instances was a sound game (音ゲー / Oto Gē) directed by Happi-O (萩尾雅彦 / Hagio Masahiko) and entitled V・F・S, featured Ring as the heroine. A trial version was released on March 11, 2012.[1]

Ring was originally set to be released in Fall/Winter of 2011.[2] She was confirmed VOCALOID3, which meant she would not be released before late September, which was when the VOCALOID3 engine was released. A demo was uploaded onto Nico Nico Douga and Youtube alongside Miku.[3]

A release date of December 12, 2011 was initially confirmed, but Ring was not released on that date. It was unknown at the time when she would be released.[4] In 2012, VocaNext picked up her voicebank to continue development.

In February 2012, a beta version of Ring Suzune's voicebank was offered to the participants of "Vocaloid Network" in a small-scale fan event that took place on March 11, 2012. As the number of fan groups which participated in the event was only 19, it is considered safe to assume that only a small number of people received the beta copy, though it was sent to all involved. Use of the beta version was limited to a month.

Ring was originally planned to be sold around the Golden Week of 2012 but production came to a halt and Ring was never sold. The right voice for Lui had also not been found. Ring's beta voice is also quoted as the default setting of some famous Ps VSQX's files from around this period, so it was not uncommon for the beta to be used for construction of songs even alongside VOCALOIDs such as YOHIOloid.[15]

However, in late 2013, the VocaNext website became inaccessible making the status of this vocal, as well as Hibiki Lui, unknown. 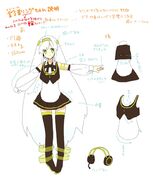 A version of Ring's artwork that appeared in a magazine 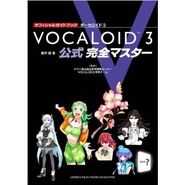 Ring featured on a VOCALOID3 guidebook with GUMI and Aoki Lapis 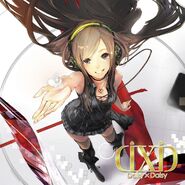 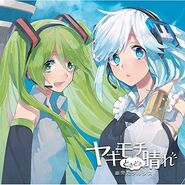