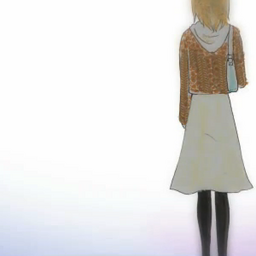 S・K・Y was first uploaded on May 11, 2011, making it Live-P's 17th work. Overall it's one of the first few works by Live-P which reached Nico Hall of fame.It is said in Live-P's description that S・K・Y was a song he composed before he "enters" the Vocaloid fandom. The lyrics have been changed, but the word "S・K・Y" in the lyrics and title stayed.

The song was featured in the compilation on the EXIT TUNES compilation "Futsuubamu ~ Futsuudamu ni Utattemita ~", however covered by the utaite "Underbar" not the original singer sung by Kagamine Rin.

It tells a story of Rin, who was riding a train. She reminiscence the past, and wondered how many "birthday" have passed before she met the person she really loves. Rin wanted to tell that person how she really felt, saying there are only "three letters" that could make that person hers (S・K・Y = Suki yo = I like you).

Retrieved from "https://vocaloid.fandom.com/wiki/S%E3%83%BBK%E3%83%BBY?oldid=1067488"
Community content is available under CC-BY-SA unless otherwise noted.