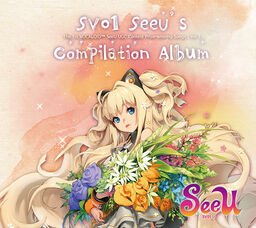 SV01 SeeU's Compilation Album is the first full length album featuring only SeeU by SBS Artech and Big Hit Entertainment. Two versions of this album were released: one in Korean and the other in Japanese. A Chinese version of the album was produced and features Luo Tianyi's vocals. This was called Mèng de Qī Cìfāng.

Retrieved from "https://vocaloid.fandom.com/wiki/SV01_SeeU%27s_Compilation_Album?oldid=1077328"
Community content is available under CC-BY-SA unless otherwise noted.