On June 6, 2011, a demo called I=Fantasy that was produced by Bang Shi Hyuk (a.k.a. Hitman Bang), was introduced during the VOCALOID3 announcement.[1] On August 30, her name and appearance was revealed.

Despite the controversy SV01 SeeU was still able to be purchased from CreCrew Goods website[2] until its final closure in early 2017. As of late August 2017, she is available for purchase on the site Character Planet as a download, a physical release, a bundle with UNI (dubbed the 'SeeUNI Library Set'), and a VOCALOID4 Starter Pack with UNI (dubbed the 'SeeUNI Starter Pack'). There was a promotional sale to commemorate her official birthday and release, which will run from August 23, to September 6. 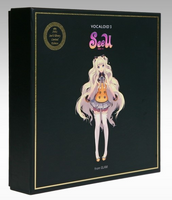 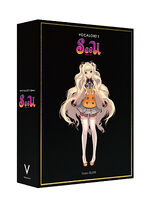 SeeU is set to her Korean vocal by default and users will have to manually select her Japanese vocal to access it.