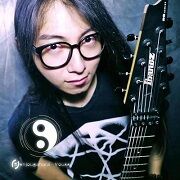 He is a member of Quadimension, a circle that produces doujinshi albums and produced their VOCALOID, Xingchen, with Shanghai HENIAN. He later became the recording director for Beijing Photek's Synthesizer V vocals, Chiyu, Shian, and Cangqiong.