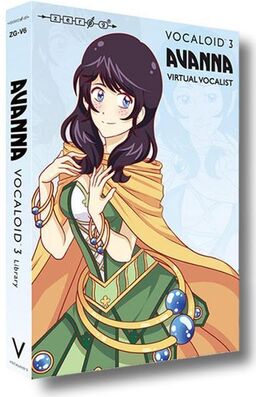 This is the producer's first time using a Vocaloid other than a demo. A PV is planned. A storyboard has been created thus far. No further updates.

Night descends; the calming waters
Overflow into the light.

As I take one step forward,
Helenium cries.

The world is yet still blooming;
Let the child sleep.

As the moon calls out to me,
Angels have taken

Living without really living;
Ask for the meaning of life.

Twirling, dancing in the light
Of the moon, her raven hair shines

Flowing gracefully in the sky
She takes a bow and ascends.

One by one the rose petals fall, disappearing into night.

Light ascends; the calming waters
Overflow into the sun.

As I take one step forward,
The morningbird sings..

The world is yet still blooming;
Let the child grow.

As the sun calls out to me,
Angels have taken

The birds all shriek out, letting the rest know
The night is over; light has arrived and

Shen ato, hyavi nelmi unmi.
Do mieya vor meya tet ninmi
(For now, we have to stay here.
The day is still not coming)

Night descends; the calming waters
Overflow into the light.

As the morningbird sings her song,
It lulls me to sleep.

Retrieved from "https://vocaloid.fandom.com/wiki/Springs?oldid=825680"
Community content is available under CC-BY-SA unless otherwise noted.