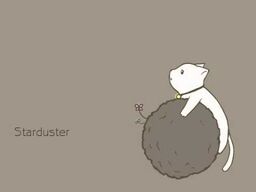 Fearing that the most precious person to her won't love her, Miku takes off on her own only to encounter darkness that engulfs and asks for someone's love before she fades away.

Written by rockleetist, this version of the lyrics was used in the screens at HATSUNE MIKU EXPO 2014 in LOS ANGELES and NEW YORK.

In the fear your love for me was slipping away, even though you've hold my heart closer than anyone
I disappeared. I faded a star. Ten thousand years past the sun

My eyes they open and all that I can see. High above the world black skies surrounding me
A sea of stars that glitter around me so blight. Flow on for years out of sight

Before I feel the cold, this frozen chill unfolds in front of me
This temperature I feel in this atmosphere it reveals
How bittersweet and lonely now that I miss you only. Love

To forget the solitude that I'm finding here. Upon this place, this planet far away from home
The sun up in the sky, it sets and waves me goodbye. Ten thousand years all alone

Maybe forever I'll keep drifting through. The dust in this universe without you
But before I know that I will fade away in your heart...

Retrieved from "https://vocaloid.fandom.com/wiki/Starduster?oldid=998905"
Community content is available under CC-BY-SA unless otherwise noted.