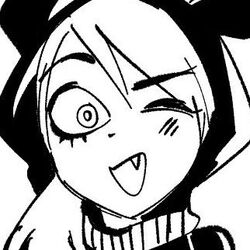 Strovi was a western VOCALOID producer who made their debut in January 2017. They are a talented artist and illustrated their own music videos.

Despite their success with VOCALOID, strovi announced their retirement in 2018 but stated they would continue their other music and art endeavors. All of Strovi's VOCALOID works with the exception of "Busy Signal" and "Comet" have been unlisted.

Retrieved from "https://vocaloid.fandom.com/wiki/Strovi?oldid=1056196"
Community content is available under CC-BY-SA unless otherwise noted.