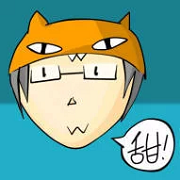 Sugita Akira (杉田朗), also known as StAkira, is a Chinese producer who made his bilibili debut in January 2012 but was active since 2011. He specializes in electropop although he's noted that he is not necessarily dedicated to it. His most notable songs are "66CCFF" and "Lì Xíng Yìcháng Xíngwéi Zhǔnzé".

His birthday is May 27. He is only occasionally active.

Retrieved from "https://vocaloid.fandom.com/wiki/Sugita_Akira?oldid=1017626"
Community content is available under CC-BY-SA unless otherwise noted.