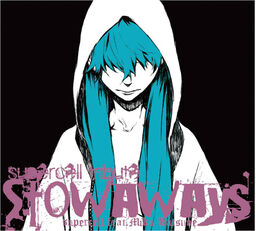 "supercell tribute ~Stowaways~" is a tribute album remixed and re-arranged by multiple well-known producers to supercell's original CD. It is one of the few lesser known CDs tributed to supercell, but contains one of the most well-known remixes of supercell's songs. It mainly features Miku but also includes Luka.

All lyrics written by ryo.