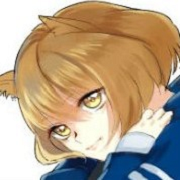 T-L-S, also known as Xiwang Suo Ren Hezi (Simplified: 希望索任合资; Traditional: 希望索任合資; Pinyin: Xīwàng Suǒ Rèn Hézī), was a Chinese producer who made his bilibili debut in January 2013, but was active since 2012. He was drawn to VOCALOID itself in 2008 after hearing Otomania's "Ievan Polkka" cover featuring Hatsune Miku. After his college entrance exam in 2013, he decided to take on music and use the VOCALOID software.

He specialized in funk, orchestral, 8bit, and electropop genres, but liked to experiment with different styles. He first received attention through "Bìngtài de Wǒ" featuring Luo Tianyi. Later, "Jūnliè" and "Mófǎ Chú Niáng" helped him gain notability within the Chinese fandom, with the latter being recognized as one of his most notable works along with "Zhàn Hú" and "Amitabha Tóu Yáo Yáo". He was also a former member of Shui Huan zhi Yin and Wulianshe Studio.

On January 1, 2019, T-L-S announced on his Weibo that he retired due to him being busy and for other unmentioned reasons. Since then, he had successfully released drafts that were on hand and was also invited to participate in several song collaborations during this period. He retired completely on June 27, 2021. His bilibili account was deleted, but his videos were still available for viewing.

His birthday is April 17, 1995, and he resides in Xuhui District, Shanghai.