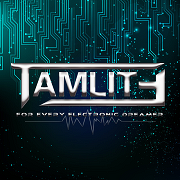 Tamlite is a Chinese producer who specializes in electronic music. He was influenced by his father, and learned how to write lyrics and music at an early age. At the age of nine, he was using Cakewalk to create music. In 2009, he discovered VOCALOID through "Roshin Yuukai" featuring Kagamine Rin, and later became interested in Chinese VOCALOIDs in 2012. He began writing music with VOCALOID in 2013, but didn't release his debut song, "Huànxiàng zhī Jìng", until August 2015.

His most notable work is "Xīnghuǒ-liǎoyuán".