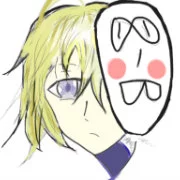 teac, also known as Teac_P and Qicaihong-P (七彩虹P; Qīcǎihóng-P), is a Chinese producer who made his debut in June 2013. He specializes in Gu Feng, R&B, pop, and folk genres of music.

His first song "Liú Xiāngjiāng" was regarded as a simple rearrangement, but had a good melody. For a while, he became less active as he spent time studying music. In February 2015, the same song was co-edited with Xiao Lin, and became more popular afterwards.

At some point, teac began to work harder at creating songs due to making many of them, but resulting in dissatisfaction. Following this, the Qicaihong series was created and was well received.

His most notable work is "Zàng Gē".

Retrieved from "https://vocaloid.fandom.com/wiki/Teac?oldid=885277"
Community content is available under CC-BY-SA unless otherwise noted.