The female voice is credited in Pop'n Music ("Chilt Featuring AquesTone") and other BEMANI rhythm games like Dance Dance Revolution. 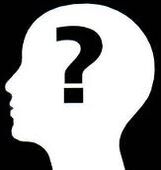 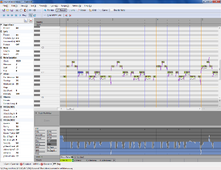 Cadencii is a voice synthesizer program and frontend for several other voice synthesizers: VOCALOID, VOCALOID2, UTAU (or rather, UTAU resamplers), STRAIGHT with UTAU, WORLD, and AquesTone. It has its own engine (written by shuraba-P / HAL) named v.Connect-STAND. The source code used to be hosted on SourceForge.JP, but has moved to GitHub.

On Mac OS X and other Unix-based operating systems, Cadencii requires Wine to be useful. For OS X there is jCadencii, a JAVA version of Cadencii for OS X. The JAVA frontend is actually compiled from a lot of #ifdef JAVA in the C# Code.[2] If you take a look into the OS X .app bundle, you'll still find minimized wine bundles to support the dlls with native Windows code.

It's not possible to use Mono to build and run the CSharp program cross-platform yet, since there is some native Windows code. Workarounds may be possible in a way like pipelight, a method to provide better SilverLight/Flash support in Unix(-like) systems using wine.

Cadencii has its own file format, .xvsq (not to be confused with VOCALOID3's .VSQx). Cadencii can also import and export other synthesizers' project files, such as VOCALOID's VSQ and UTAU's UST file formats. Notably, it can export as MusicXML, making it a popular choice for creating files that work with Sinsy, especially in combination with its ability to import VOCALOID and UTAU project files.

Besides simply being able to import VSQ and UST files, Cadencii can also read the pitchbends (old pitchbend type/Mode1-only for UST), which can be used in combination with Cadencii's ability to use multiple synthesizers, as seen in the example video below (Tori no Uta). 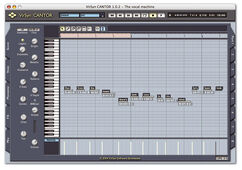 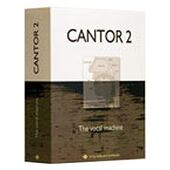 Cantor (and its successor Cantor 2) is a synthesizer developed by VirSyn and utilizes Formant synthesis. It was released at the same time as MIRIAM, and was a rival to the original VOCALOID software. It was sold for £199.99 including VAT which was said to be expensive for its time, but that was due to offering a far greater selection of vocals.

Unlike VOCALOID, it had 50 voices for use, which was far greater than what VOCALOID had to offer upon its release. But because of its design it was more intended to resemble a virtual instrument than a virtual singer. It had capabilities for both German and English, and supported both Windows XP and Mac OS X, as opposed to VOCALOID which was restricted to just Windows XP. However, similar to VOCALOID, it worked as either a stand alone or plug-in and supported ReWire.

As with the early version of VOCALOID, Cantor was a victim of change in the way indie music was produced, and by Cantor 2 was being impacted by this change (alongside VOCALOID) as the demand for synthesized voices began to disappear.

The final version of the software, Cantor 2.1 was released on February 6, 2007. Though updates have since ceased, the software remains on sale, and is confirmed compatible with Windows XP/Vista/7 and Mac OS X 10.5/10.6 versions. A demo is able to still be downloaded from VirSyn's website, although it requires an eLicensed Syncrosoft dongle to be able to download the demo and the full software version itself.[3] The special dongle was included with the boxed version of the software, as well as other software sold by VirSyn. It was not able to be bought with the downloaded versions but could be purchased separately.[4]

Festival Speech Synthesis System is a free (libre) / open-source software speech synthesizer developed at the Centre for Speech Technology Research (CSTR) of the University of Edinburgh. In order to enable Festival to sing, there is a plugin required called Flinger (Festival Singer) developed at the OGI School of Science and Engineering that was released in 2001. Free(b)soft has contributed Czech diphone voices and an accessible editor similar to the VOCALOID editor.

Flinger has been used by users in the western world for creating English demo songs.

Most voicebanks for Festival are available under a free license, whereas VOCALOID (and UTAU) use proprietary licenses. However, the voicebanks that come with Flinger are still proprietary. The experimental LMMS plugin Singerbot uses Festival for singing releases. 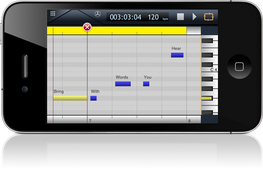 iVoxel is a singing vocoder with a vocal sequencer developed by VirSyn. It is a built in application for the iPhone and iPad. It has many features beyond a sequencer.

Like other VirSyn products it is based on the same ideas and concepts that IVOCALOID is based on. But like previous software, such as Cantor, it is not intended to be a realistic singing voice.


Cite error: <ref> tags exist, but no <references/> tag was found
Retrieved from "https://vocaloid.fandom.com/wiki/Technology_directory_for_other_synthesizers?oldid=931277"
Community content is available under CC-BY-SA unless otherwise noted.