"Tell Your World" is a song featuring Hatsune Miku by kz. It is about how Miku wants to connect everyone in the world with her songs and sums up the intent of the VOCALOID community of songwriting and song making for VOCALOIDs.

This song exceeded over 10 million YouTube views. It also received lots of VOCALOID, UTAU, and utaite covers. Hence, this is kz's most notable song, one of Miku's most notable songs, and one of the most popular VOCALOID songs of all time.

During a virtual music festival hosted on May 9, 2020, "Tell Your World" was featured as a mashup in a set by kz with Porter Robinson's "Sad Machine". It was later featured in a mashup by Porter Robinson with his song "Something Comforting" in the same event. The event was called "Secret Sky" and had various EDM producers raising money for charity.[2]

Animelo is an Anime-Central concert where songs from various animes are performed in a concert-like fashion. Miku made an appearance, singing World is Mine, and "Tell Your World".

ANISONG is a world-wide music tour, and Hatsune Miku made an appearance during the Las Vegas branch of the tour. She performed Sharing The World, "World is Mine", and "Tell Your World". 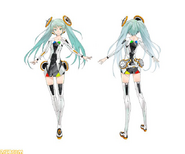 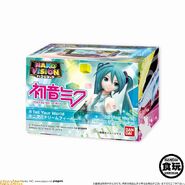 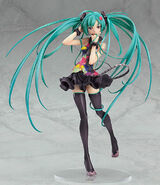 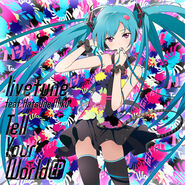