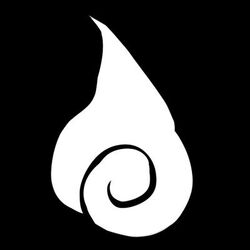 Teniwoha (てにをは) is a VOCALOID producer. He was born on August 23rd[1] in Hiroshima Prefecture, Japan. The producer derived his name from teniwoha (てにをは) - a term that refers to Japanese particles. He chose such name as he took a liking to the "profoundly mysterious" feeling of the word, and noted that not many people was using the same name.[2]

Many of his more notable songs, as well as both of his major song series, circulate around the mystery genre and the supernatural. He is the creator of the "Mononoke Mystery" series, which has received a manga adaptation; and the "Jougakusei Tantei" series, which has received voiced audio drama tracks included in the song series' albums and a short light novel series. In 2020, he released Villain, which would be his first song to break the 10 million YouTube views milestone, and his most notable VOCALOID work to date.

Teniwoha was credited as the composer for Ado's third single Gira Gira (ギラギラ) (2021). The song quickly gained popularity, and became Teniwoha's most notable song to date with over 70 million views on Youtube (as of August 2021).