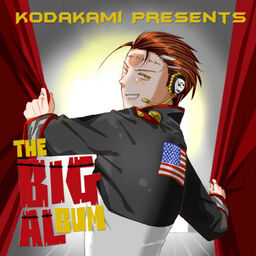 The BIG ALbum is Kodakami's first album and the first Engloid album featuring BIG AL as the singing program for all featured songs. It contains 7 main tracks and 1 bonus track exclusive to the physical CD. It will be released as a download on Kodakami's website, but he has also started a project on Kickstarter to release it physically in a limited amount. The physical album is a jewel case that comes with a insert booklet consisting of exclusive artwork, liner notes, lyrics, and bonus content for those who donated on Kickstarter.

After reaching reaching the goal with double the amount needed, Kodakami updated the original product: the booklet was upgraded from 8 to 12 pages, both the disc and the disc tray would be full color and the entire package would be finished in a poly wrap. The premium package received a few changes as well - A Kingston USB drive was switched out with a "Twister" custom flash drive containing: Instrumentals / off-vocals and a cover version by Kodakami of all songs; a PDF version of the booklet; and high quality versions of the album art assets by contributing artists, including EmpathP. 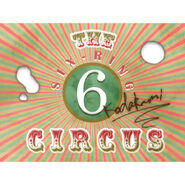 Retrieved from "https://vocaloid.fandom.com/wiki/The_BIG_ALbum?oldid=910144"
Community content is available under CC-BY-SA unless otherwise noted.