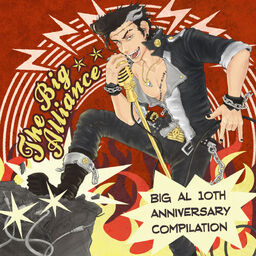 The Big Alliance is a collaborative album and the second major BIG AL solo CD, created to celebrate the tenth anniversary of the synthesizer's first release. All but one of the songs featured were originally composed for the album, with the outlier ("Balloon") having been a cover of a song written for DEX.

Included with the album is a set of illustrations and keychains made by the featured artists.