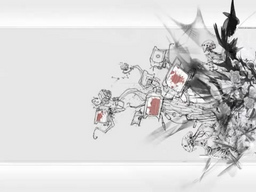 "The Dubstep Soldiers at the Front" is a dubstep-genre song by Ginsuke, featuring Hatsune Miku's Dark append. It is featured on the album Freestyle2. In the video description, Ginsuke commented something to the extent that the song was created half a year before being posted to Niconico.

Retrieved from "https://vocaloid.fandom.com/wiki/The_Dubstep_Soldiers_at_the_Front?oldid=988718"
Community content is available under CC-BY-SA unless otherwise noted.