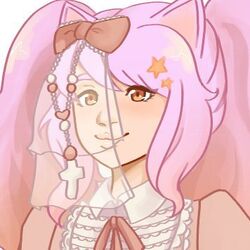 U2KUSHI, also once known as burukiki (ぶるきき) was a western producer from South Dakota who mostly worked with Hatsune Miku English.

She has not been active in the VOCALOID community since 2015 and has since re branded as tbagirlfriend (formerly known as mason callaway) and infomally goes by luca. She still makes music but has been focusing more on her own vocals, occasionally using VOCALOID as backup. Her works are electro-pop type songs with elements of future bass. She looks up to the musician 'Olive Reece' and is inspired by them. She enjoys 90s internet aesthetic and harajuku fashion. 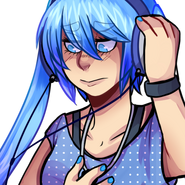 Add a photo to this gallery
Retrieved from "https://vocaloid.fandom.com/wiki/U2KUSHI?oldid=1038810"
Community content is available under CC-BY-SA unless otherwise noted.