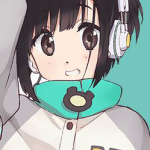 aka i hate this username

 Producers had until the 1st, February 2017 to produce an original song using either LOLA, Sweet ANN, Tonio, or Prima and either upload it to SoundCloud or send it to Empath-P via email. This contest was part of the VOCAMERICA Concert Kickstarter as the 4 Vocaloids had been funded but there were not enough songs for them to perform. Winners were announced for this contest on the 8th, February 2017.

Retrieved from "https://vocaloid.fandom.com/wiki/User:KoolFish420?oldid=578098"
Community content is available under CC-BY-SA unless otherwise noted.