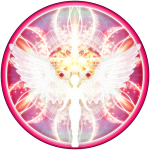 Hello, everyone.  :-)  You can call me "Momo" if you'd like.  Or if you know me from everywhere else from the Sims community, deviantArt, or YT, Tenshi is fine as well.

My avatar pretty much sums up two things I like in general, and I think I've clearly established myself as an IA fan and user ever since I bought her voicebank in May '13. (Though I'd really like to get some more voices eventually... and a DAW... and Melodyne... and a usb midi keyboard... and...) Also have an interest in 3D modeling, drawing, and video games.

"Why I signed up here" (aka the old intro)Edit

I orginally intended to stay anonymous when I first found this place a couple of months ago, but due to circumstances with IP address confusion and the inability to edit my own posts, I gave in. I go by another username on other sites, but I don't plan on revealing that until I get the majority of my cover/mixing projects finalized. It feels weird doing it this way, though, but I kind of wanted to get a feel for things again in the VOCALOID fandom again... my past lurking experiences years ago revealed a lot that I didn't like or understand, and never really found reasonable answers because of how overwhelmingly "out of touch" a lot of the fanbase I encountered seemed to be with what VOCALOID actually was at the time. Many things have changed since then, and I became more willing to give it another shot almost a year ago at this point.

I know at times it seems I have a lot to say, especially when I type in blocks of posts at times, but I'm usually pretty quiet on most occasions. There's a lot I'm still learning about this place, especially when it comes to editing articles, so please bear with me... I'm mostly strong on grammar/mechanics editing and wordflow, but I'm willing to try learning other things if needed.

Retrieved from "https://vocaloid.fandom.com/wiki/User:TenshiAkari12?oldid=558909"
Community content is available under CC-BY-SA unless otherwise noted.