VOCALOID Fukase ~THE GREATEST HITS~ is a compilation album for VOCALOID Fukase by the Japanese record label, Lastrum Music Entertainment inc. The album contains 13 tracks featuring Fukase, including a few of his demos. The crossfade for the album can be viewed here on YouTube. The album was released on March 30, 2016.

The limited edition includes a DVD that contains all the songs' PVs. 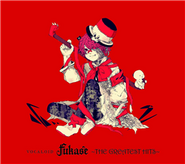 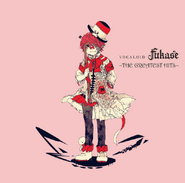