She was born on September 25, 1964 and resides in Yokosuka, Kanagawa, Japan. She was part of the singing group DoCo and Goddess Family Club. She was the founder and manager of Office Anemone, a voice-acting company. She is known for her roles as Kasumi Tendo from Ranma ½ and Belldandy from Ah! My Goddess!. 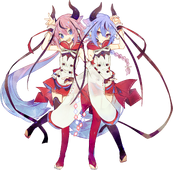 Kotori Koiwai (小岩井ことり) is a voice actress from Kyoto, Japan who is affiliated with Peerless Gerbera. She is the voice provider of the VOCALOIDs MEIKA Hime and MEIKA Mikoto. She is known for her role as Renge Miyauchi from Non Non Biyori and as Tomoka Tenkubashi from The Idolmaster: Million Live! Theater Days.