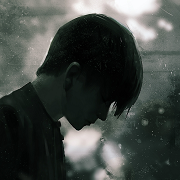 Wang Chao (Hanzi: 王朝; Pinyin: Wáng Cháo; Western: Chao Wang) was a Chinese producer who made his debut in December 2012. He was known for working with the soundtrack genre and for adding live choruses to his songs. His most notable works were "Kōng Dài" and "Líhuā Yǔ".

He produced the soundtrack for the film Super Seminary.

On January 20, 2017, he became the sixth Chinese producer to reach 100,000 followers on bilibili. He officially retired on April 28, 2020 and cited that it was due to personal problems. Due to this, he made the decision to delete his works on bilibili. Prior to his retirement and its deletion, "Kōng Dài" was his most viewed song, gathering at least 847,400 views in total.

His birthday is March 12.

Retrieved from "https://vocaloid.fandom.com/wiki/Wang_Chao?oldid=999340"
Community content is available under CC-BY-SA unless otherwise noted.