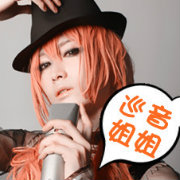 Wing Yi (Wing翼; Wing Yì), real name Haosen Liao (廖浩森; Liào Hàosēn), is a Chinese producer who made his debut in June 2011. He is one of the founders of LiveDays Anime Music Festival and is one of the leaders of Days Huanmeng Nianhua Band. He mainly specializes in electropop and rock, but is also known to work with Gu Feng, folk, and pop. His most notable works are the March Rain series and The Lost City of Androids series.

On September 7, 2018, he became the fifteenth Chinese producer to reach 100,000 followers on bilibili.

His birthday is February 15.

Retrieved from "https://vocaloid.fandom.com/wiki/Wing_Yi?oldid=1017871"
Community content is available under CC-BY-SA unless otherwise noted.