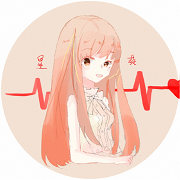 Xing Kui (星葵; Xīng Kuí) is a Chinese producer who made her debut in November 2017. Soon after her debut, it was made known that she is a fan of another Chinese producer, COP, and organized COP's annual birthday celebration plans. Early on, she often worked on tuning, and though the quality was high, she was not very well-known. Later, she became more active as a composer and video editor, then began to create her own original songs, cooperating with Gui Yue Sui Xin and suya. Her popularity grew through her cover of "Chì Líng" featuring Yuezheng Ling and Chiyu. She is also known to work with pop music.