Vocaloid Wiki
Register
Don't have an account?
Sign In
Advertisement
in: Producer, Chinese producer, Producer on Bilibili,
and 4 more 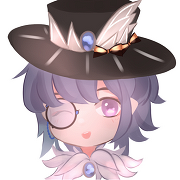 YiSeho (依溪禾; YīXīhé) is a Chinese producer who made their debut in 2014. Their early works were usually related to Ali the Fox, and in 2015, they participated in the music production for the special animated film Ālí de Tónghuà Rìjì (阿狸的童话日记), which celebrated Ali's ninth anniversary. They were also the music distributor of "LOST ARK", and were involved with a large number of animated games and promotional soundtracks. They did not become involved with VOCALOID until 2016.

In 2018, they participated in the music production for the game Paranoia: Deliver Me. They later produced a demo for Hatsune Miku V4 Chinese's 4.0.1 update in 2019.