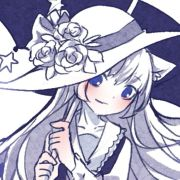 Yu Li (雨狸; Yǔ Lí), also known as SAKA and Mai (霾; Mái), is a Chinese lyricist who made her debut in November 2012. Her lyrics are regarded as excellent and high quality, and she tends to create dark and realistic works. She particularly excels at writing about the sufferings of the world through sharp lyrics, pointing out the current social psychology and phenomena, which provokes fans to discuss and think about the topics at hand. Later on, the proportion of positive lyrics gradually increased.

Yu Li had been writing lyrics long before the first Chinese VOCALOID was even released. Her first work was "Bérénice de Zhēnzhū" in 2011, and still prior to Luo Tianyi's release, she also created works such as "Tāotiè", but could not find a composer until she met DELA through a friend. It was then decided that the Saligia Series, which later became one of her most notable works, would be completed and she and DELA had been collaborating ever since. Another notable piece was the Paranoia Series, which also became one of the most popular Chinese VOCALOID series in 2016 due to its outstanding quality in all aspects.

On March 29, 2019, Yu Li became the eighteenth Chinese producer to reach 100,000 followers. She is also the voice provider of the X Studio virtual singer Vulpecula.

Her birthday is November 14, 1994, and she resides in the Netherlands.